Past February, the Catholic University of Leuven awarded Briano Eno with an honorary degree. The occasion for this was to honour the music of a person who isn’t just the cofounder of Roxy Music, worked with David Bowie on the ‘Berlin trilogy’, is a genial producer, but who is also the author of a series of decisive solo albums. The Botanique brews a creative extension to this. We have brought together various Belgian artists to cover Eno-songs. 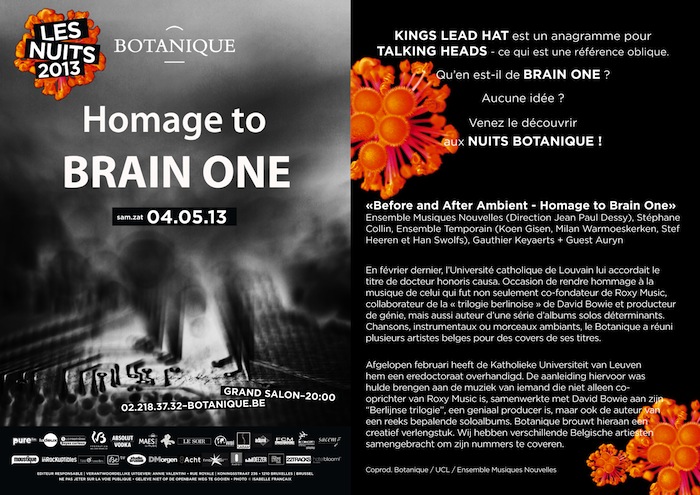