For the launch of his new album “Shooting stars can last” (released on Optical Sound in co-production with Transcultures and the European Pepinieres of Creation), Christophe Bailleau invited in complicity with the Solid’Art’Note association, in the city where he lives and works Huy, several sound creators who participated in this opus which gives pride of place to collaborations.

Everyone will play alongside the artist at least one piece in which they have directly participated. The live ensemble, here in an intimate atmosphere, gives a living reflection of the multiplicity of this hybrid album which travels from mainly electronic silky, aerial or rougher materials, in an archipelago of singular sensibilities which combine harmoniously.

The ‘friends’ (guests) who will be present: Paradise Now, A Limb, aMute, PRISM, Célestin Bailleau (youngest son of Christophe)…

After studying librarianship in Brussels, Christophe Bailleau obtained a Master in Plastic Arts at ERG (School of Graphic Research) in Brussels in 2004. Multidisciplinary artist, Christophe Bailleau has been developing an atypical musical project for more than 15 years. His compositions are based on acoustic sources (guitar, percussions, vocal sounds) triturated and mixed with concrete and domestic sounds. He thus conceives a game of waiting, silence and stormy tension.

With Philippe Franck, he operates within the group Pastoral, and plays with Billy Hasni within the combo Prism. Since 2004, his compositions have been published on various European labels (Stilll, Postcard, Annexia, Fenetre, Soundscaping, Optical Sound, Sacred phrases, Transonic…). He also produces sound poetry for radio stations and installations , he also practices photography and more recently drawing and poetry.

Finally, Christophe makes intriguing and poetic short films, recording lost moments, before or after an action, trying to capture the unspeakable. With the video-musical duo Pastoral, he takes a look that is both surreal and poetic on Walloon imaginaries and resort areas where a form of Lynchian strangeness is hidden. A DVD of his short films dating from before 2008 was published by 68/70 (Brussels) and his films have been shown in many European festivals (Rotterdam, Argos, City Sonic, Les Transnumériques, Videoformes, Dig @ ran…) . His audio and video work is also available in installation.. 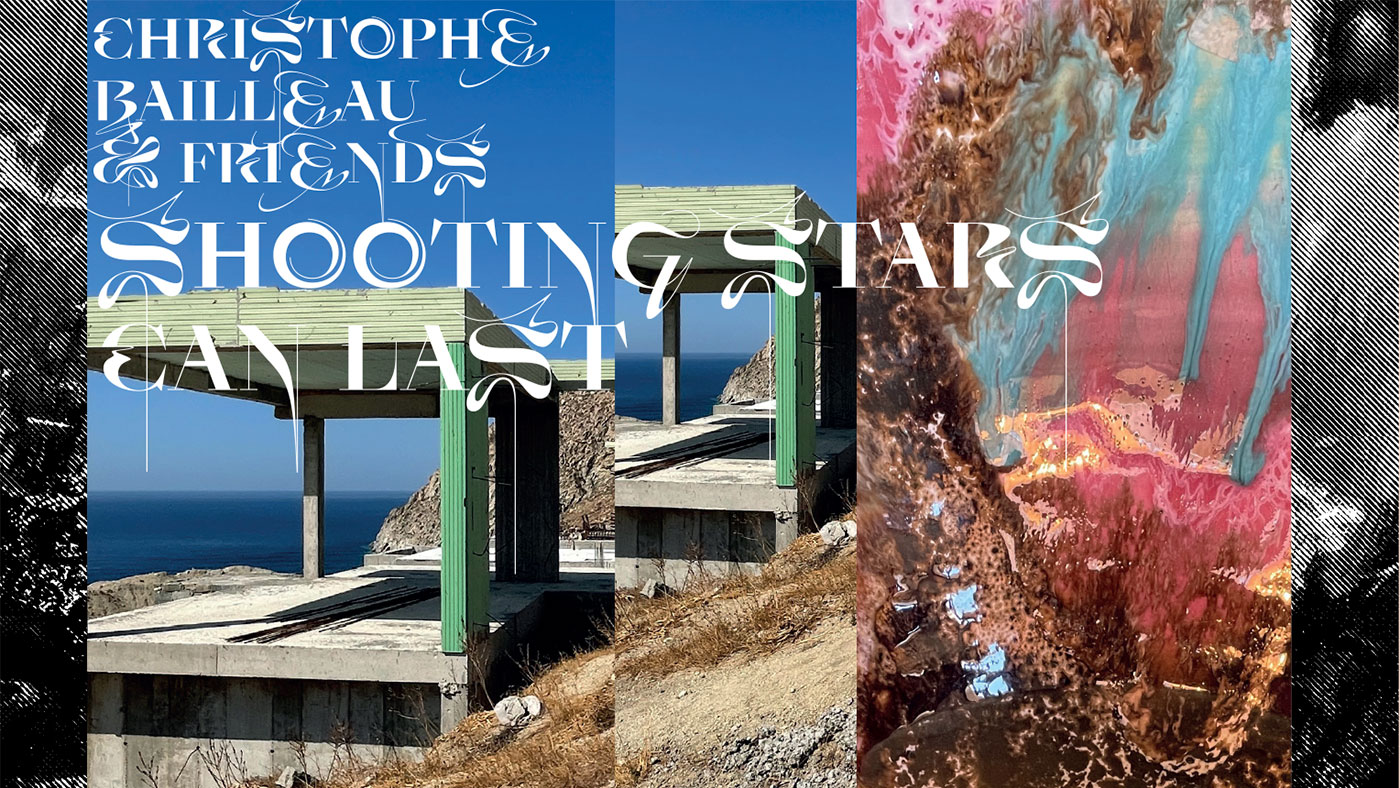 Between 2020 and 2022, Christophe Bailleau invited several sound artists/accomplices from different backgrounds and countries to contribute to electronic, hybrid, soundscape pieces. Each of them is a sonic vision of another world.

These connected collaborations, aroused within the framework of the No Lockdown Art initiative launched by Transcultures (Belgium) and the European Pepinieres of Creation (France) during the coronavirus pandemic, have built this album as a traveling constellation of audio stars.