The Impala Utopia group is composed of 4 young French artists/sound and multimedia designers, welcomed in residence by Transcultures within the framework of the European project M4m (M for mobility), supported by the Culture Programme 2007-2013 of the European Commission. The main objective of their residency is to work on a new version of their mobile device Bumpers (triporteur with a dj mix desk) which will be shown at Festival Les Folies in Maubeuge, from 7 to 9 June 2013. Impala Utopia are working during their residency with the young polyvalent technician Emilien Baudelot who has also assisted the previous M4m artists (Mauro Vitturini+Arnaud Eeckhout, Régis Cotentin, Paolo Dos Santos+Pao Paixao+Jacques Urbanska) also presented by Transcultures at the forum in Prague, organized by Tanec Praha (project leader) in mid-April where the results of their works in progress were successfully presented at Ponec theater. 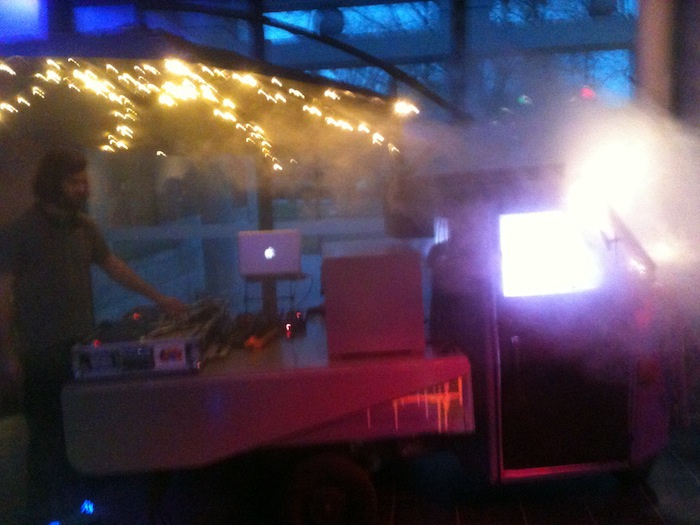