These first days of October will be those of the new digital creativity celebrated in the Federation Wallonia-Brussels with the Quinzaine numérique (‘digital fortnight’). Let us pay tribute to the opening of the Municipality of Saint-Gilles, who trust us to propose a new and more important edition of Transnomades focusing on net and web arts. On that special occasion the first Mobile Awards will launch rewarding connected artworks which go also beyond the web. For Transcultures who likes to cross borders, the discovery will be also around Valenciennes at the Phénix with the groovy funny performance Digital Breakfast and the 3 winning installations of the platform for innovative music, Espace(s) Son(s) Hainaut(s) call for proposals which were recently premiered in Mons at Festival City Sonic (many thanks again for your positive feed backs). 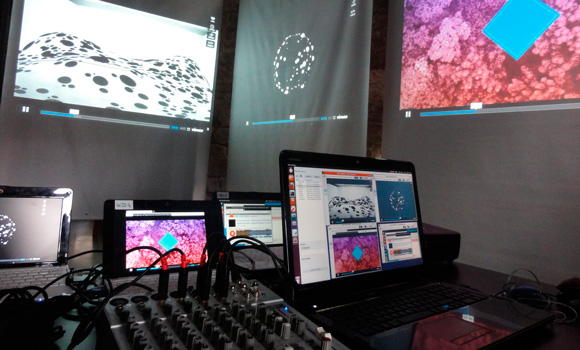 In the framework of the Quinzaine numérique (digital fortnight) of the Federation Wallonia-Brussels initiated by the Minister for Culture Fadila Lanaan, Transcultures propose in partnership with the culture service of the municipality of Saint-Gilles (Brussels), Transnomades 2013, a federative event about connected arts in their diversity and prolific news. Initiated in 2011 in Saint-Gilles, hybrid Transnomades events (curators: Philippe Franck, Jacques Urbanska) promote creative meeting between artists from different cultures which explore innovative and digital practices. The programming of these Transnomades-Art(s) Network(s) 2013 is closely associated to the selection of the first edition of Mobile Awards (whose the thematic is here: Arts & Networks), a serie of prizes for Belgian and foreign art projects, emerging or mature, whose the official presentation takes place Friday, October 4 at 18.00 in the Maison des Cultures of Saint-Gilles. This inauguratrice evening begins with the opening of spamm.be, a didactic web art exhibition (gif, glitch… from all around the world) in the Maison du Peuple (in partnership with spamm.fr – Super Modern Art Museum). In the Maison des Cultures at 19:30, Anne Rocquigny (media curator, Paris) in collaboration with James Hudson (developer, Berlin) present, in the exhibition hall, the online participative WJ-S device (Mobile Price 2013 – installation), allowing to artists – “webjockeys” – through a dedicated software, to mix internet contents in the form of web performances. In the auditorium, the Clair Obscur cie (Fr) presents at 20:00, @2:sleepingbeauty (Mobile Price 2013 – Performance), which stages Sandra, a Sleeping Beauty in the era of Web 2.0, which shows us her body in a glass coffin with a recording of her neurological and biological data communicated via Facebook and finally an e-mix of Christophe Bailleau (Be) that mixes music contents from the Internet to his own treatments and electronic grooves (from 21.00). At the Atelier du Web of Saint-Gilles will be proposed an introductive web art selection. Both Mobile Price 2013 – new talents are attributed to hybrid performances presented Saturday, October 5 at 20:00 at the Cultural Centre Jacques Franck: Beautiful_Touch (2nd iteration – the feeback loop) by Peter M. Friess (in collaboration with experimental musician Maurice Charles JJ) about parallel universes and D-compo 1.8 by Okus Dance company (Liège), mixing hip hop / contemporary dance, electronic music and digital images.
Sunday, October 6 from 16:00 to 18:00, welcome to the “digital tea time” at the Maison des Cultures with round table meetings and exchanges (+ bio cake) about new creative and connected practices with Anne Roquigny (WJs, Locus Sonus-Fr), Thierry Dutoit (numediart/UMons), Aurélie Ghalim (GSARA, new media & digital culture-Be), Malo Girod (Digitalarti-Paris), in partnership with the Café Numérique-Brussels. In closing, at 18.15, a WJ-S performance brings together artists connected to this device for a live connected creation: Lucille Calmel (Brussels, Belgium), Valentine Siboni (Brussels, Belgium), James Hudson (Brussels, Belgium), Systaime (Paris, France), Eric Pajot (Paris, France), Pierre Piccon (Strasbourg, France), Ana-Maria Huluban (Cluj, Romania), Lucian Harbădă (Cluj, Romania), Yi Donghoon – Otto (Seoul, South Korea), Igor Štromajer (Frankfurt am Main, Germany), Miyö Van Stenis (Guatire, Venezuela). 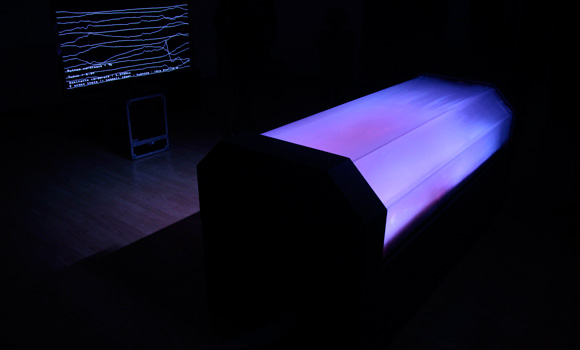 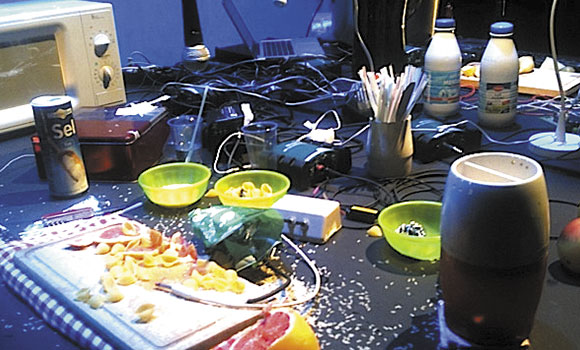 After creating at the City Sonic festival, sound installations produced in the framework of the platform for innovative music Espace(s) Son(s) Hainaut(s), Claire Payment, Arnaud Eeckhout and :such: are welcomed at the Phénix of Valenciennes. Silence is More, by Arnaud Eeckhout, is a composition of low frequencies, at first inaudible to humans. Through physical and plastic filters, the sound becomes first visually perceptible (the sound wave is agitating the matter), and the silence is broken by the clatter of moving material. With Haptique II, Claire Payment focuses more particularly on the acoustic dimensions of the body. Starting from the observation that these sounds, often inaudibles, lead the listener deep within itself, she will set up a sound installation where space consisting of sound movements (breathing, fluid, air) and vibrations (heart), will envelop the listener to a different perception of the body. 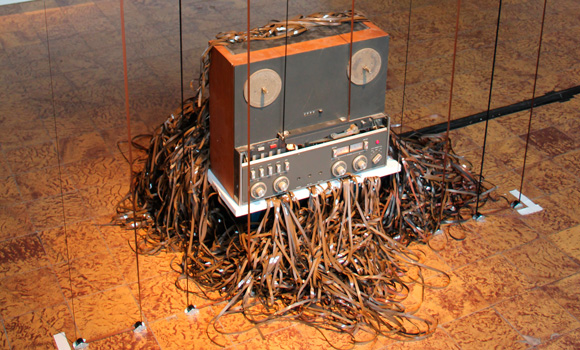 The third installation is a creation of the musician Marc Parazon (aka :such:). A Tape End uses the magnetic tape both in its sound and plastic dimension. An instrumentarium, composed of tape recorder arranged at various places, gives to the visitors the chance to move in the middle of a gigantic magnetic tape itinerary, forming a sculpture in perpetual motion, cloaked in an electro-acoustic composition prerecorded on tape. At this opening is associated Digital Breakfast by Stéphane Kozik + Arnaud Eeckhout, a crazy groovy funny performance that transforms the world of breakfast, creating an sound and visual surrealist world, a strange assembly of kitchen equipment and food giving birth to unlikely digital musical instruments. 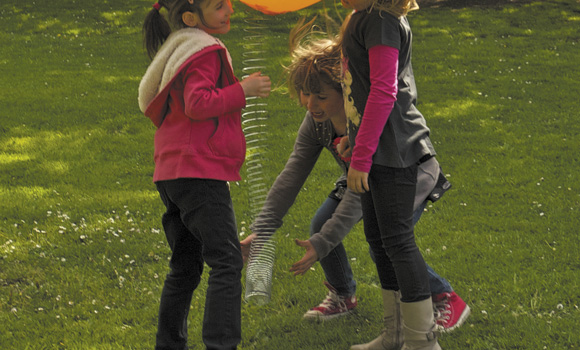 The “slinky” is a spring-shaped toy which was very popular in the 80’s/90’s. Used for the Hélix installation of Sonia Paço-Rocchia (Quebec) recently presented during the City Sonic festival in Mons, it also proves to be a source of fantastic sounds. Accompanied by this composer, instrumentalist and digital artist, young people will can build their own instrument from a “Slinky”, discover the sounds they can produce with and participate in the creation of a musical piece for a set of instruments they will have invented.