After an artistic residency, mixing poetry, performance and music, at the Mediterranean Fire Studio in Detroit, the writer, performer, activist Biba Sheikh, takes us from Detroit, to Paris, Berlin, and more. The music is by Xiao Dong Wei, a master Chinese musician who fuses her traditional instruments and sounds with an American flavor.

NOMADIC POETIC STORIES
How I Opened My Heart Through the Extinction of Mime,
the Miracles of Paris, and Meetings with a Mysterious Man Across the World…

Heart beyond words… storytelling -folly…laughter & tears come together…Souls Torch lit through a journey of a secret poetic nomad across the world. 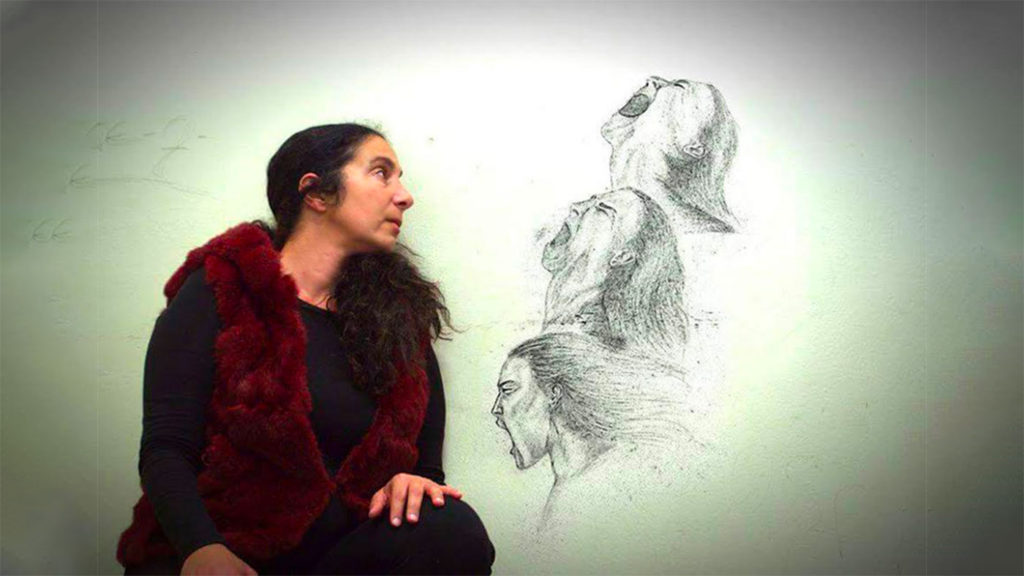 Habibah Sheikh began studying mime with Marcel Marceau in Paris  and later with members of the Polish Laboratory Theater of Jerzy Grotowski. She developed vocal work in relation to voice anthropologist,  Jorge Lopez, who researched singing methods from indigenous tribes of south america. She has a nomadic existence and has gathered inspiration for her storytelling & performance art from a number of different cultures: USA, Paris, Sevilla (with the Gypsy/Roma population), Berlin, Amsterdam, Beirut, and Greece. Habibah lovingly says that Greece is her place of catharsis. There she set up a platform with 13 artists from the Mediterranean, who make visual works based on her stories and theater pieces, which she began writing during her journey with vulnerable populations with the “abandoned children” of Lebanon. After the war left these young people alone, Habibah felt a strong responsibility in order to help them find their voices through storytelling platforms.

The project titled, “Mitli Mitlak (Like You, Like Me)” is a visual and literary exhibition, and theatre production where art- works are based on the theater scripts of ‘Right To Live, as well as Mitli Mitlak. It is produced by Habibah’s global arts company, Mediterranean Fire Studio, in collaboration with the Third Avenue Playhouse, Sturgeon Bay, Wisconsin. January-March 2019 and taken place at N’Namdi Center for Contemporary Art, Detroit 2018. Central Michigan University Art Gallery, 2019, Miller Art Museum, Wisconsin, 2019, Peeler Art Center, Depauw Indiana, 2020. Sponsors include the National Endowment for the Arts, The State of Wisconsin, and other business sponsors.

She has a series of writings related to the Civil War of Lebanon, Syrian Refugee plights, Andalusian Gypsies, and the Greek Crisis.
Her work is featured in the film, ‘Citizen Xenos’, by Lucas Paleocrassas, which follows life in refugee camps, where refugees, engaged in theater and voice workshops, express what they had endured. She is devoted to vocal interpretation, acting, and poetic text. The physical and vocal interpretations are further accentuated by years of personal Flamenco study.

Currently, the theater production, ‘I Am the Small Seed’ was developed in an Art Residency at the Born Global Foundation. Musical segments are in collaboration with sound artist Paradise Now (Fr/Be). It provides Habibah Sheikh the possibility to devise a unique method of storytelling and theater, where a game-like structure contains healing acts, and can be performed by actors and non actors alike. It has been performed in Lebanon, Scotland, and the USA. She is currently writing, performing and producing, ‘Nomadic Poetic Stories (How I Opened My Heart Through the Extinction of Mime, the Miracles in Paris, and Meetings With a Mysterious Man, Across the World)’ featuring Chinese musician  Xia Dong Wei.

Her recent book, “Akashic Diaries: Detroit Degree Zero and Other Crisis Writings’ will be released in 2023 on Europia (Paris). It will be accompanied by a music/poetry  album comprising recitations and vocalizations of the identical texts, in collaboration with sound artist/producer Paradise Now. 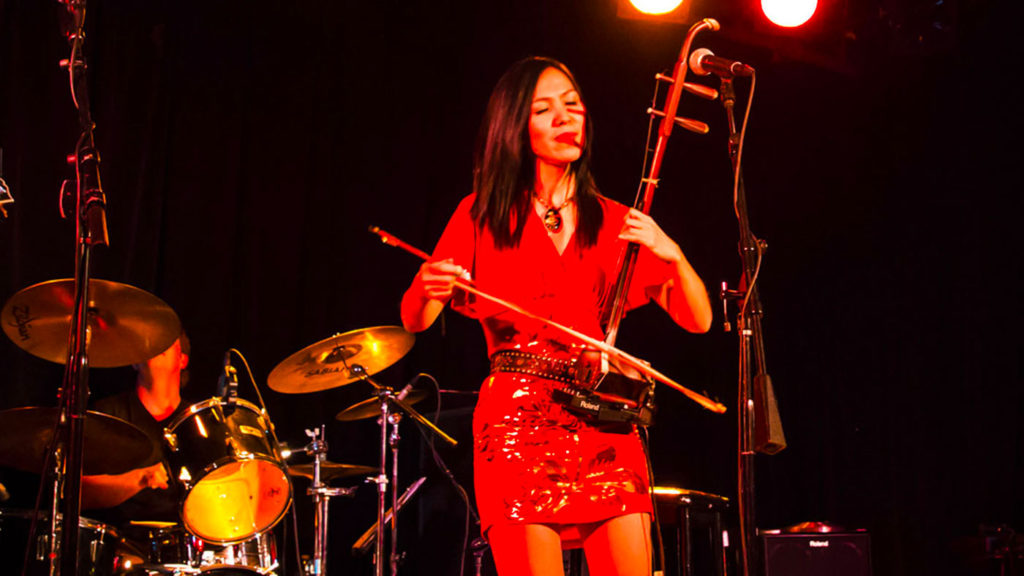 If starting early is any indication to the success of a musician, then Xiao Dong Wei is exceptionally no exception. At the age of 5, Xiao Dong Wei began studying the erhu (the Chinese two-stringed violin) with her father. At age 11, she was accepted into the prestigious Central Conservatory of Music in Beijing.Ten years later, she earned her degree becoming a ‘Master of the Erhu’.

Like most well-rounded musicians Xiao Dong broadened her musicianship by learning to play other traditional Chinese instruments such as the pipa and the guzheng (a 21-stringed zither) while minoring in classical piano, but it was the erhu that would elevate her status as a world class musician.

After receiving numerous performance based awards, she gained official notoriety by touring with the Chinese Motion Picture Orchestra for four years before deciding to move to the United States in 2005. That same year, she released her first classical CD, “Erhu solo by Xiao Dong Wei”

During her emigration to the states, Xiao Dong wasted no time establishing herself as a powerful performer, After being introduced to an array of musical styles – and the musicians that embodied them – she performed in various venues from coast to coast. Near the completion of her tours across the states and Canada she was eager to find an eclectic music scene where she could establish communal roots. She found Detroit to be an ideal place to fuse her traditional sounds of the West with the modernist hues of the East.

In 2005, Xiao Dong broke ground by forming an alternative chamber music trio composed of a bluegrass guitarist, a mandolin player, and Xiao Dong on erhu. During this time she used her classical repertoire and progressive jazz inﬂuences as a foundation to explore her own inner creativity. Shortly afterward, she teamed up with new bandmates Djeto Juncaj, Leo Gillis, and Paul Ossy to form ‘XD Wei’, releasing her full-length album, String Theory.

Since 2007, Xiao Dong continues to inﬂuence the sounds of modern music with her band, ‘Madame XD’. By bringing together Ken Hottmann, David Johnson, Angie Kaiser and, the band released an electrified fusion of pop and rock with their EP Black Silk. Xiao Dong writes and co-writes most of the original material for the band and sings in English and Mandarin.

Xiao Dong has been featured on National Public Radio (NPR) and as a guest soloist with the Detroit Symphony Orchestra. Her music continues to cross international borders by being heard on radio stations throughout the United States, Australia, and Europe.

In 2012, the Kresge Arts Foundation of Detroit awarded Xiao Dong with the laurels of the Kresge Artist Fellowship – an unrestricted grant used to empower exceptionally gifted individuals with the resources to further their creative visions. In the wake of her grant, Xiao Dong collaborated with Japanese-born Steinway artist virtuoso Yuki Mack to record their symbolic album Where East Meets West.

Xiao Dong is currently a lecturer at the University of Michigan residential college.