On the occasion of Užupis’ Summer Culture Day, Transcultures offers with its Lithuanian partners Užiateka, a City Sonic Event offering from morning to evening, a workshop, an installation, a performance and a mix of sound art in the interior space (Galera) and exterior (by the Vilnia river) of the Uzupis Art Incubator.

This event is intended as a kind of epilogue to a larger City Sonic sound journey bringing together several cultural and heritage places in Vilnius in 2023. 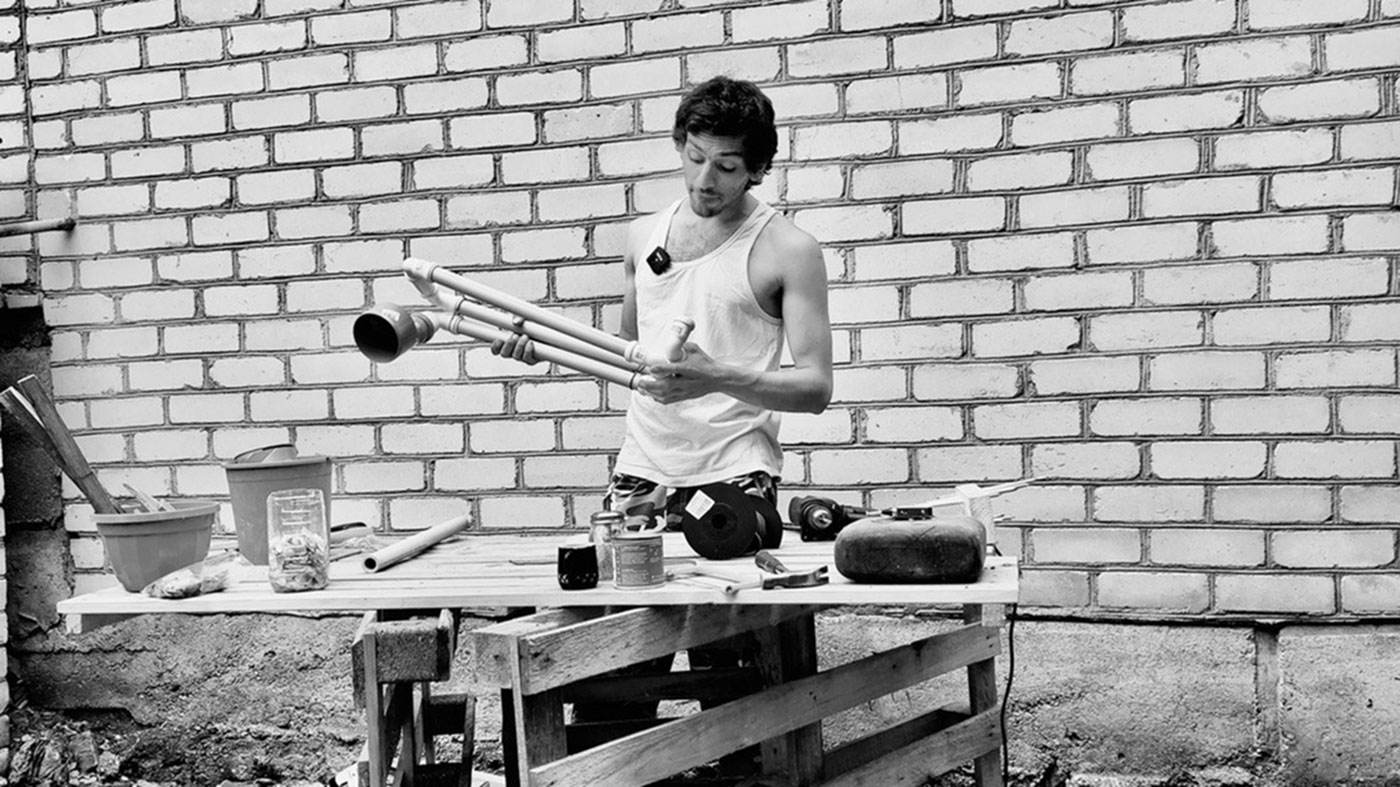 The sonic instrument-making workshop is where people will get to upcycle daily items laying around in our lives into an exploration of timbre.

We will use plastic pots, cans, pipes, broken tiles, and more to make functioning musical tools and sound sculptures.

Anyone of all ages can join us to create these items and be a part of the exhibition outside with their creations and jam with them any time throughout the day. 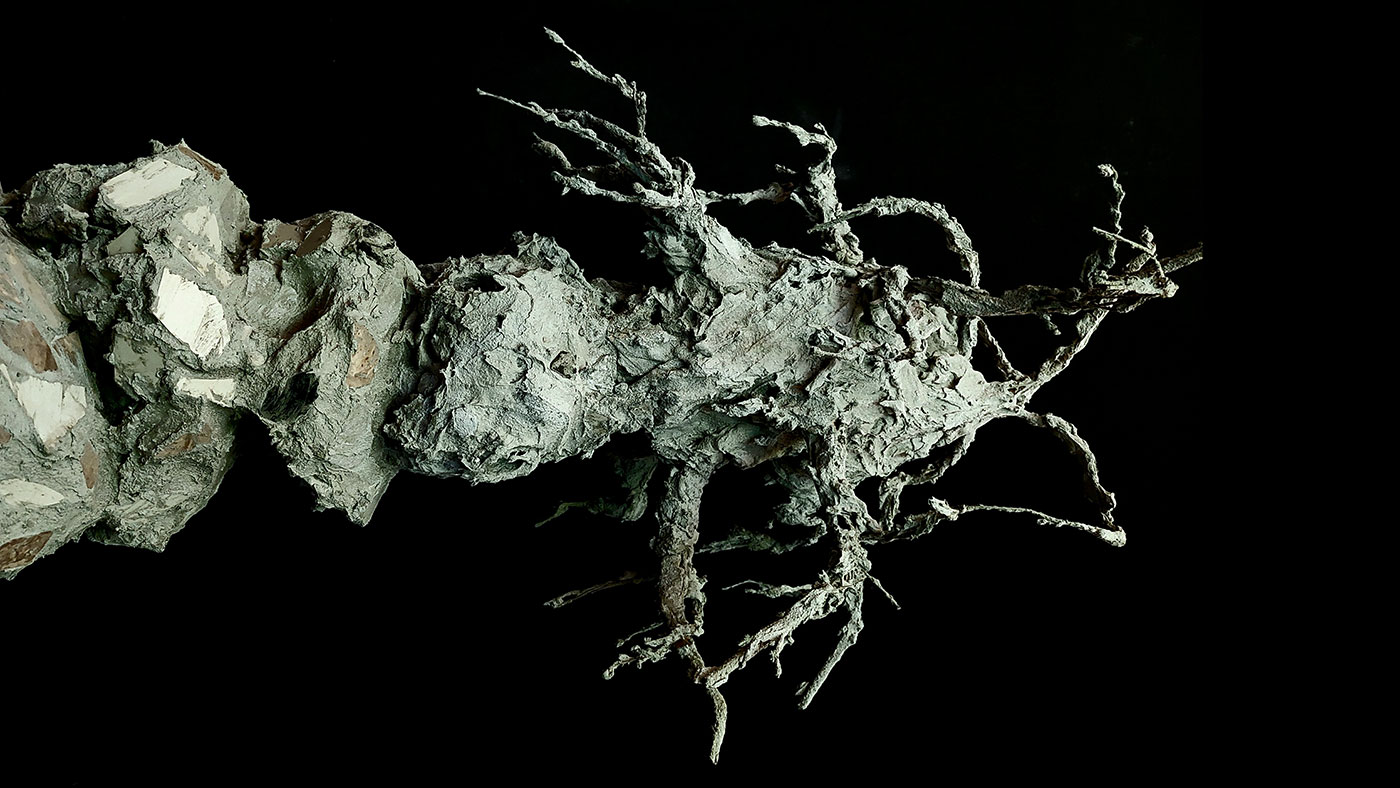 This sound sculpture of the Turkish artist, performer and musician aims to create an immersive environment where the ends of sound and visual arts meet and take the audience to a surreal dimension. The theme of Sounds bonsai is a mystery. The sounds and the visual aid reflect an alchemical settlement. The sculpture uses the pressure from the speakers to produce rates of smoke rings following the sounds, allowing the audience to listen and watch the sounds.

interdisciplinary artist who works in visual, performative arts, design, and music. Hasan’s journey in art started at an early age and has endured until now. He started his career as a progressive lead guitarist in his senior years and enrolled in Visual art studies at Nova Scotia College of Arts and Design University, Canada. Later graduated with a Bachelor of Arts in Ceramics faculty.

His specialty is sound sculptures created using Cymatics and designing melody percussive instruments since 2016. Hasan creates paintings, practices  Butoh and Contemporary Dance, and writes songs and instrumental progressive music. The artist aims to illuminate the alchemy through a magical mind through the surreal expressions appearing in his work. 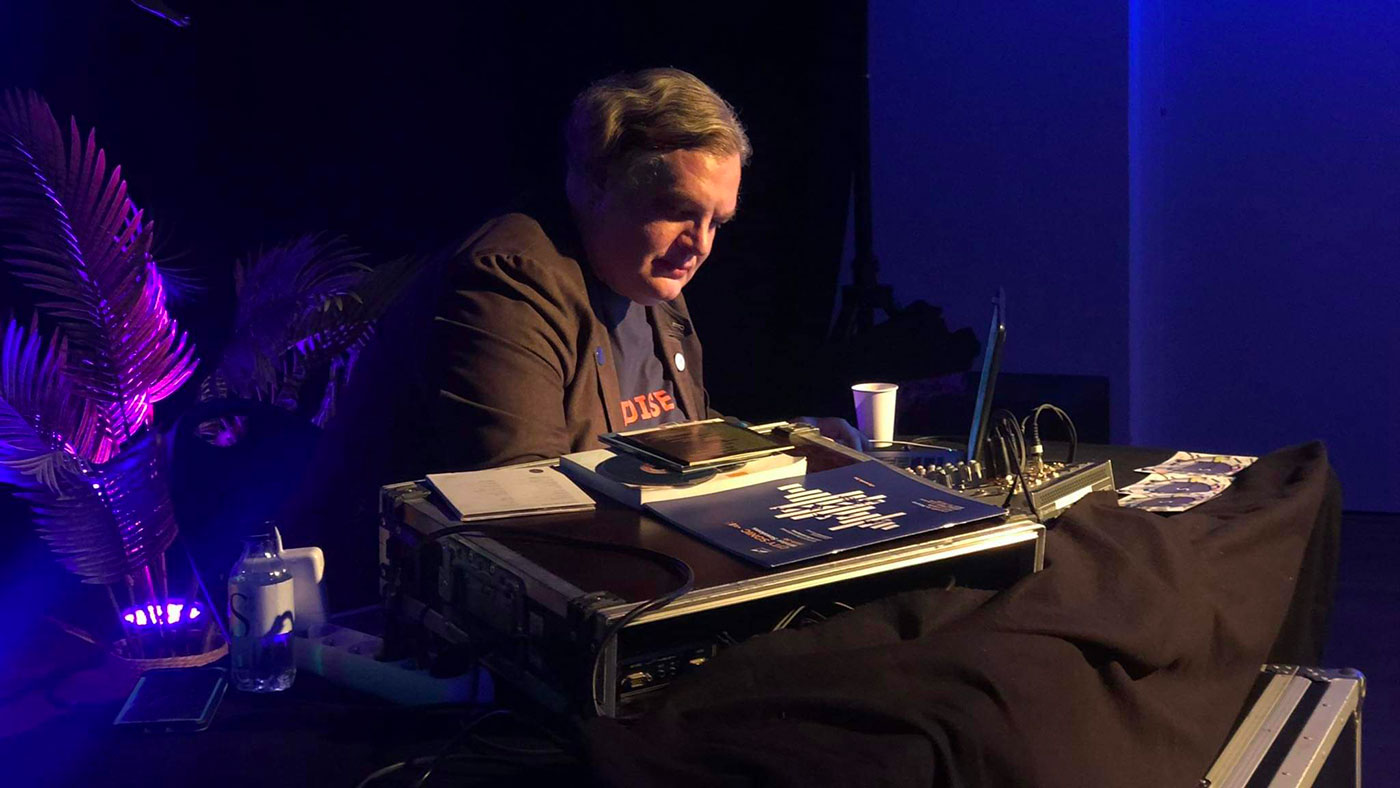 A live mix of various pieces (electro landscapes, soundscapes, sound poetry, field recordings, etc.) produced within the framework of City Sonic since the creation of the festival in 2003 until today. This live listening session is an introduction to the different aesthetics and audio crossovers of City Sonic – defending the plurality of contemporary sound arts – which can also be accompanied by a discussion with the public. 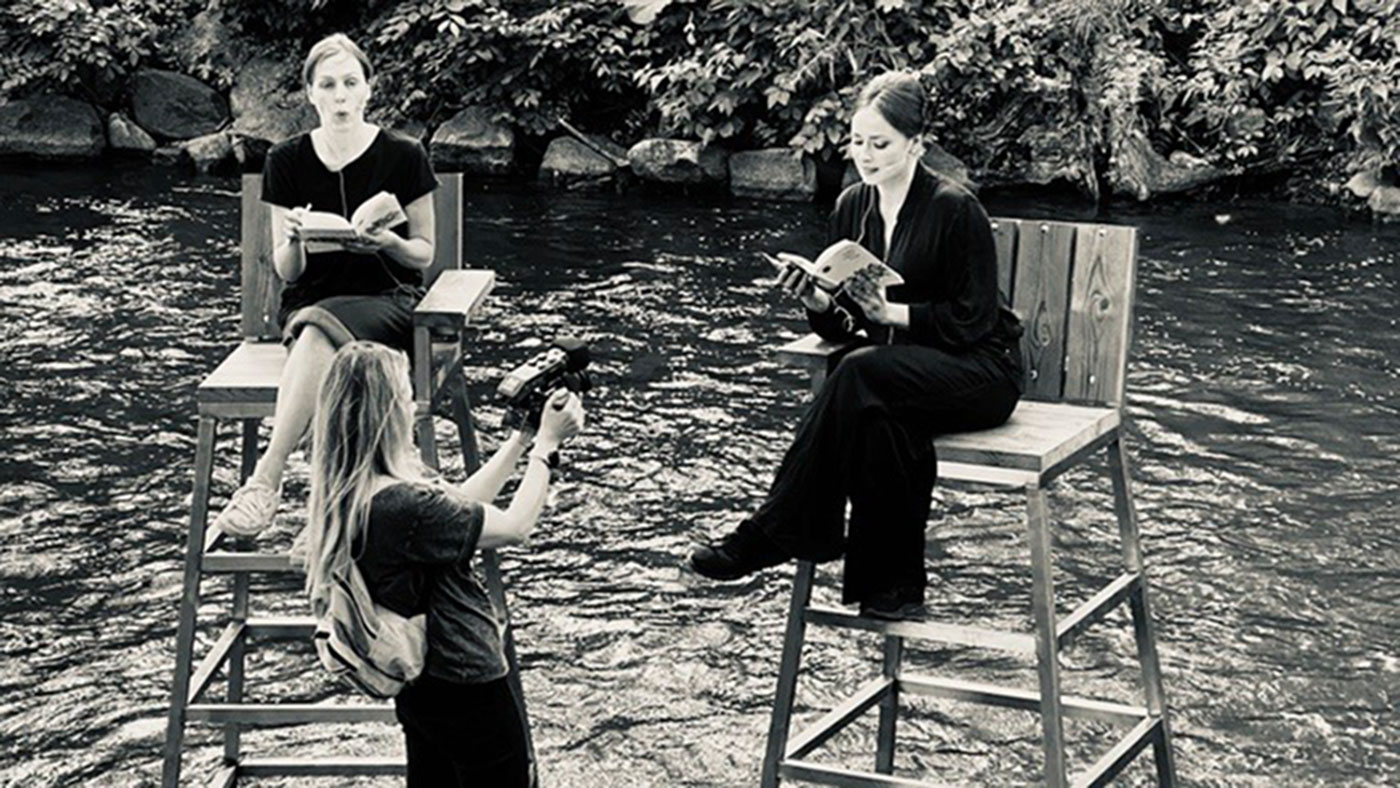 Sea K is an adventurous performance, a free-from sound composition adapted from Jack Kerouac’s “Sea” poem (addendum to “Big Sur”, a novel written in 10 days, in the fall of 1960 visiting friends on the shores of the Pacific Ocean), played by actress Kristina Švečionytė and performer Kotryna Žilinskaitė together with sound artist Paradise Now. The “Sea K” performance gathers cultural references,poetic  allusions and sea stories.

The poem (a stream of consciousness in an experimental  form improvised by Kerouac haunted by the seeming emptiness of the sea) layers sound and senses together, imitating the sea’s noises while registering its meanings that will take us to be in and of the sea – tossed by the waves, washed up on the shore, drowned, and floating. Like its main poetic source of a timeless modernity, Sea K is an invitation to a rejuvenating drift between hallucination and light, human fragility and nature strength (sometimes a thread, sometimes a cure…), refusing to close any meanings or interpretations, opening to a variety of stimulations.

She is studying for a Master’s degree in Music Therapy at Vilnius University and working with the cultural organizations “Užiateka” and “Oasis – art therapy”.
uziateka.live

Actress, creator, and performer, who has created over 30 roles in Lithuanian and foreign theater and cinema, as well as various performances.

He is currently studying in the contemporary sculpture master’s program of the Vilnius Academy of Arts, delving into performance art, audiovisual creation, combining text, its acoustic expression, and sculpture.
Paradise Now (Fr/Be)

Intermedia producer and creator based in Belgium, Philippe Franck has developed since the 90s the Paradise Now project which favours an actively transversal and collaborative approach. He chooses a sensitive and cinematic approach that embraces different influences and fields (electronics, sound art, post-rock, post-pop, improvised music …). He has worked closely with various international poets, choreographers,  visual & multimedia artists and other adventurous audio creators. Since 2005, he has also collaborated with holistic performer / masseuse Isa Belle (FR) for a series of installations and “sound” performances shown in numerous festivals, cultural centres and international events. He has also produced and participated in several records on various independent labels (Sub Rosa, Optical Sound, Tiramizu, Transonic…).

Užupis Art Incubator is the first art incubator in the Baltic States, established in 2002. The aim of the organisation, which was born on the initiative of Užupis residents, was to coordinate the activities of artists and implement various cultural projects. Today, the Užupis Art Incubator is a more than 1500 m² space for residencies and creative collaboration

The Užupis Republic was declared in 1998 in the old town of Vilnius, in a run-down and undesirable district of the capital of Lithuania by a community of artists.
With a population of circa 7,000, the micronation is an independent, self-declared republic – and partly recognised by other countries.
Užupis has its own president, prime minister and ministers, a flag (actually – 4 flags, for each season), its own local currency and a tongue-in-cheek constitution, found on a public wall, translated into more than 40 languages. The Republic is a rare island of community, self-governance, art with a sense of lightness and fun, that has been governed successfully for over 20 years.

Užupis is a Cultural Space. It gets visitors from Vilnius as well as domestic and international tourists.
If you take a look at the Vilnius city advertisements Užupis is one of the first places recommended by the Vilnius Municipality and one of the main tourist sights for tourists coming to Vilnius, constantly contributing to this image.
Lot of city guides take the tourists here and show only main locations such as the bridge, the art incubator, the Parliament café, Angel, Constitution prospect – and that’s it.

Užupis is way bigger than that. To change the “shortlist approach” and show that Uzupis is full of Culture we created the Užupis Summer Day of Culture.
It is now a traditional celebration, happening every year on the first Saturday of August under the Summer flag of the Republic, which drives people around the whole district and shows galleries and different people who contribute to Užupis all around the area.